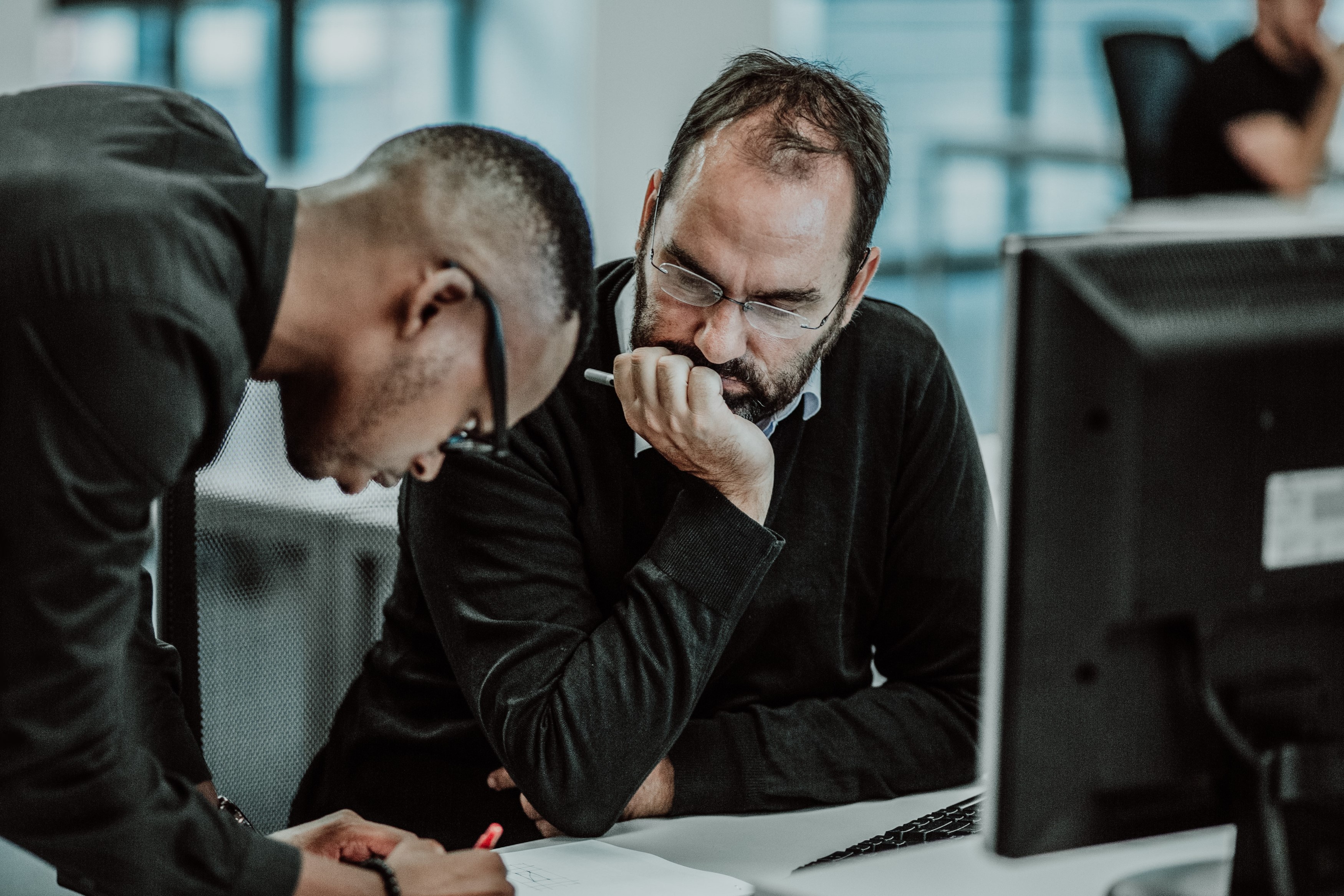 Albert-John studied at the Nelson Mandela University, attended the St Lucas School of Arts in Ghent, Belgium, on an exchange programme and has completed various part-time urban design courses at the University of Cape Town. With 18 years’ experience in the industry, he has worked on varied local and international projects across scale, from master planning new city precincts to high-rise residential projects. AJ joined dhk in 2006 and is now an associate. His key focus is on delivery – interpreting the client brief, producing the necessary documentation and guiding the engineering disciplines, whilst keeping a close eye on programme and cost. 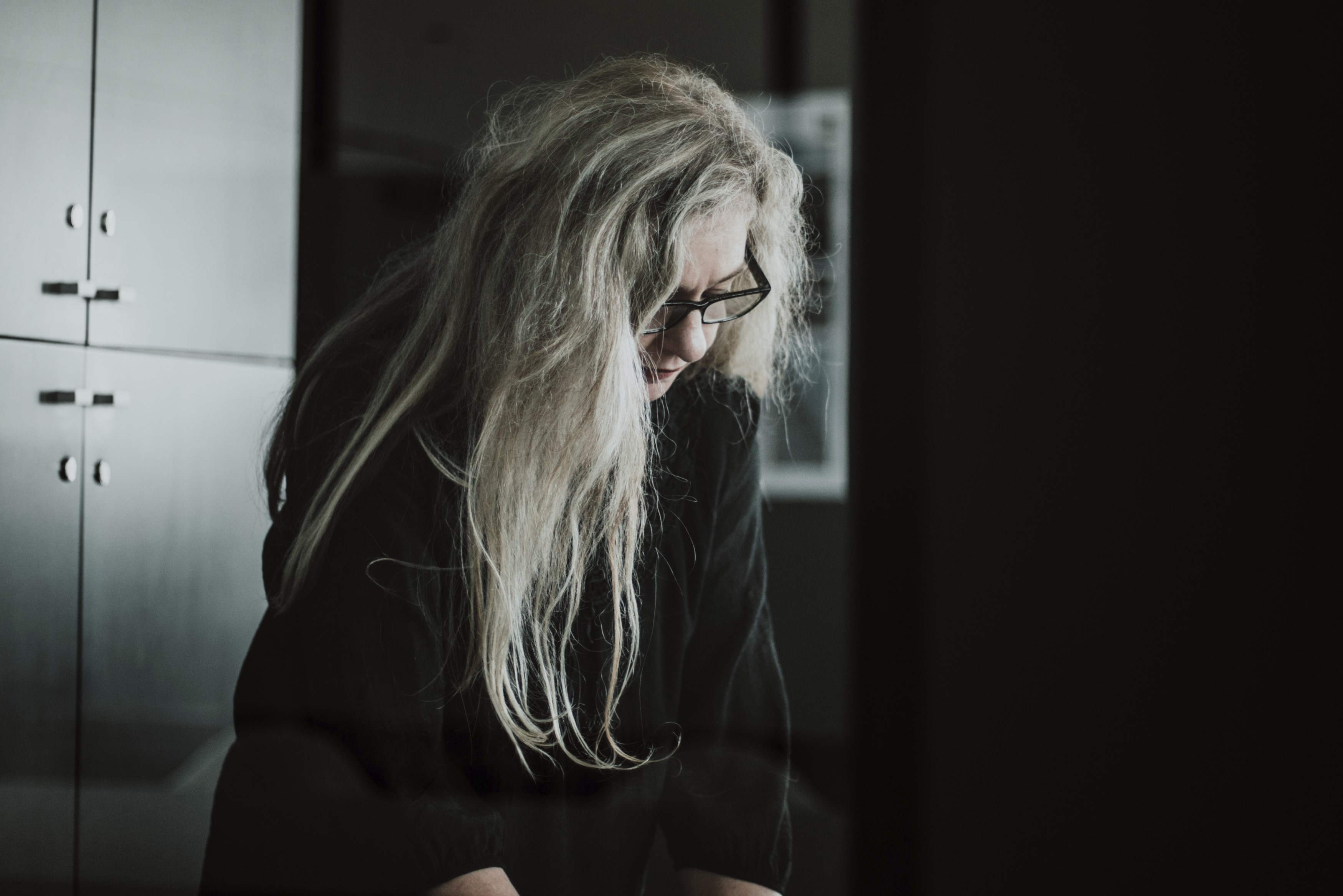 Anette has worked as a financial manager in the architectural industry since 1991 and joined dhk in 2001. She became partner and head of finance in 2009 and is responsible for the financial management of the company at both the Cape Town and Johannesburg offices. 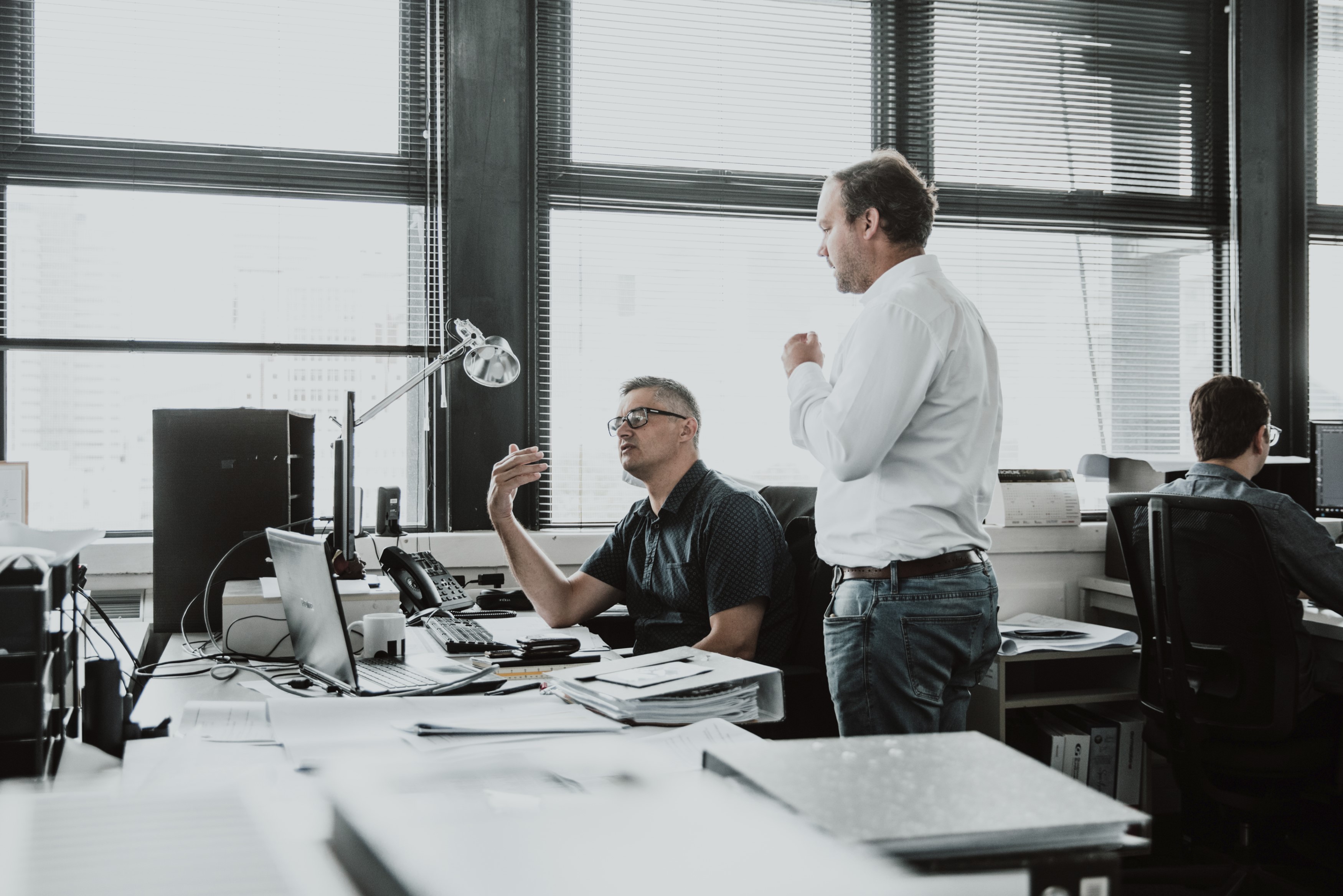 After graduating from the University of the Free State, Brinley worked in South Africa, Seychelles and Ireland. He joined dhk in 2008 and worked in the Johannesburg office from 2012 to 2015, and is now in the Cape Town studio. Brinley has experience in a wide range of project types, but his specialities include residential apartment buildings, housing and luxury hotel projects, concentrating on design, documentation and site management. 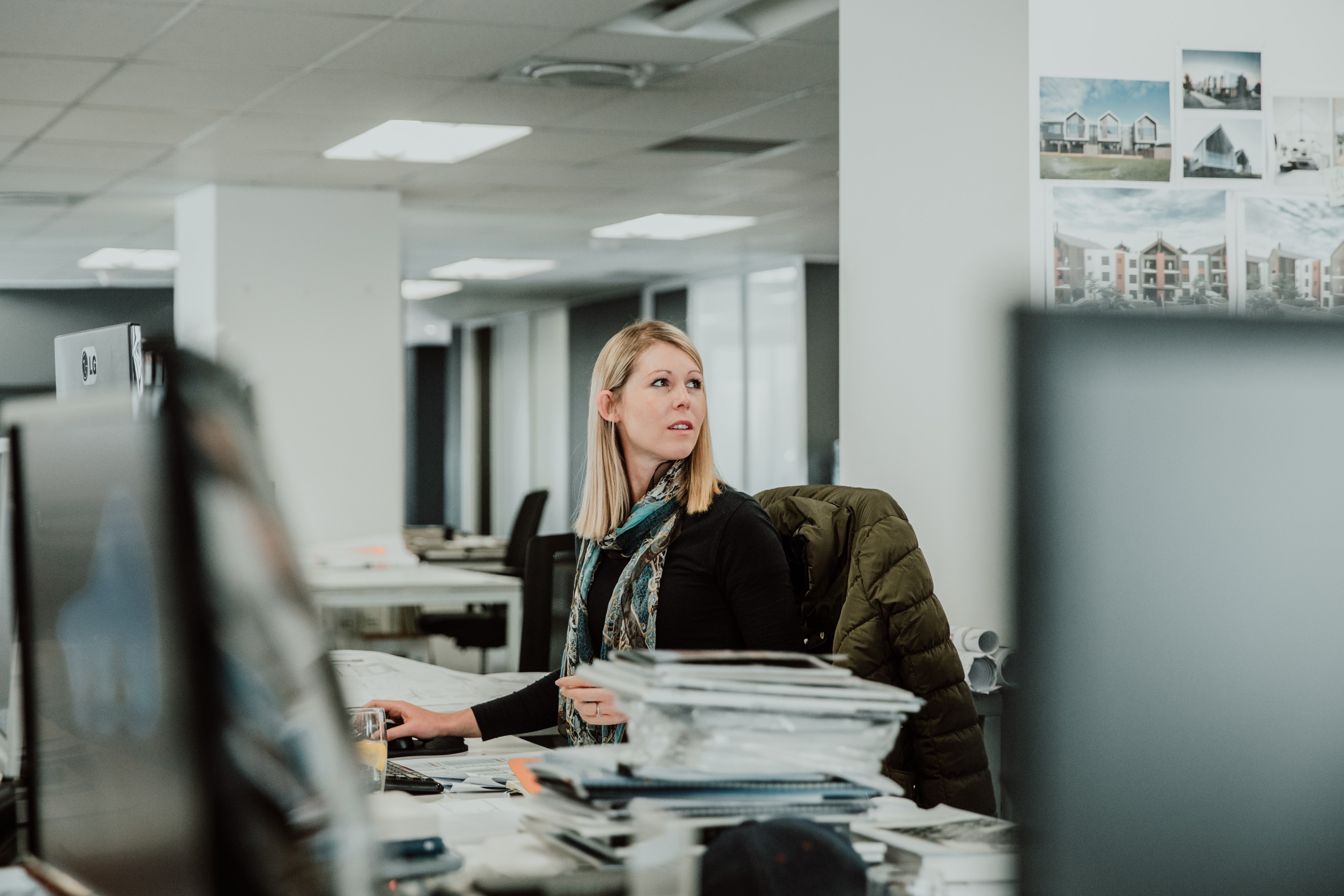 Claudia completed her at the University of the Witwatersrand and is a SACAP registered architect. She joined in 2012, bringing her experience in design, masterplanning and advanced knowledge of Revit to the team which has proved valuable in the implementation and development of large-scale mixed-use developments. Claudia has worked on a wide range of projects both locally and internationally from conceptual to completion work stages. 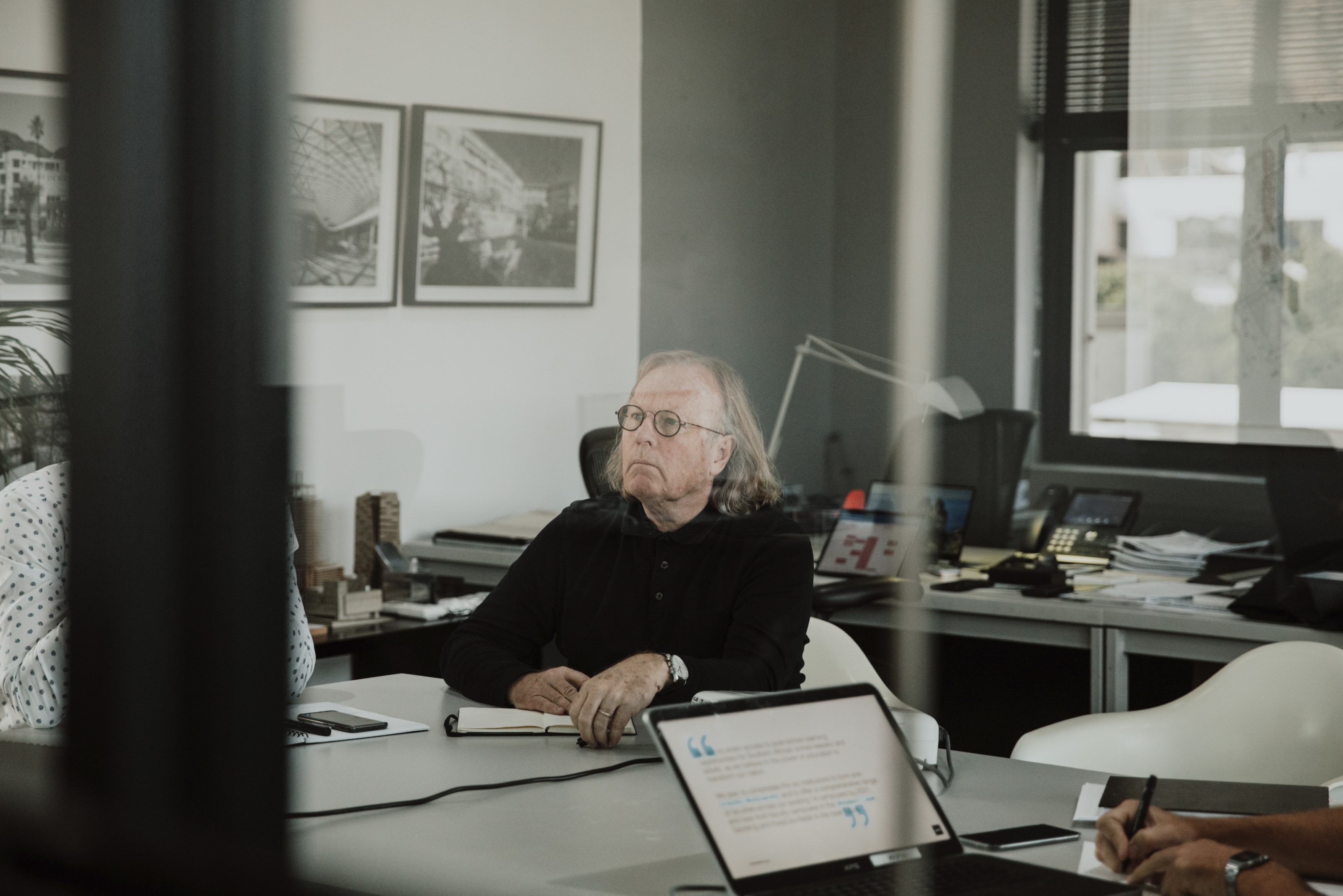 Derick studied his architectural degree at the University of Cape Town and also completed a course in building studies at the Cape Peninsula University of Technology. He founded Derick Henstra Architects in 1983 after which dhk was established in 1998 to form a multi-disciplinary design studio.

Derick is a founding partner and the executive chairman of dhk, and is a member of the board of directors. He leads the design review board which examines the architectural projects throughout the company’s Cape Town and Johannesburg studios. His passion lies in the pursuit of good architecture and design with a focus on the urban context, and under his leadership dhk has established a reputation as an innovative design-driven commercial practice. 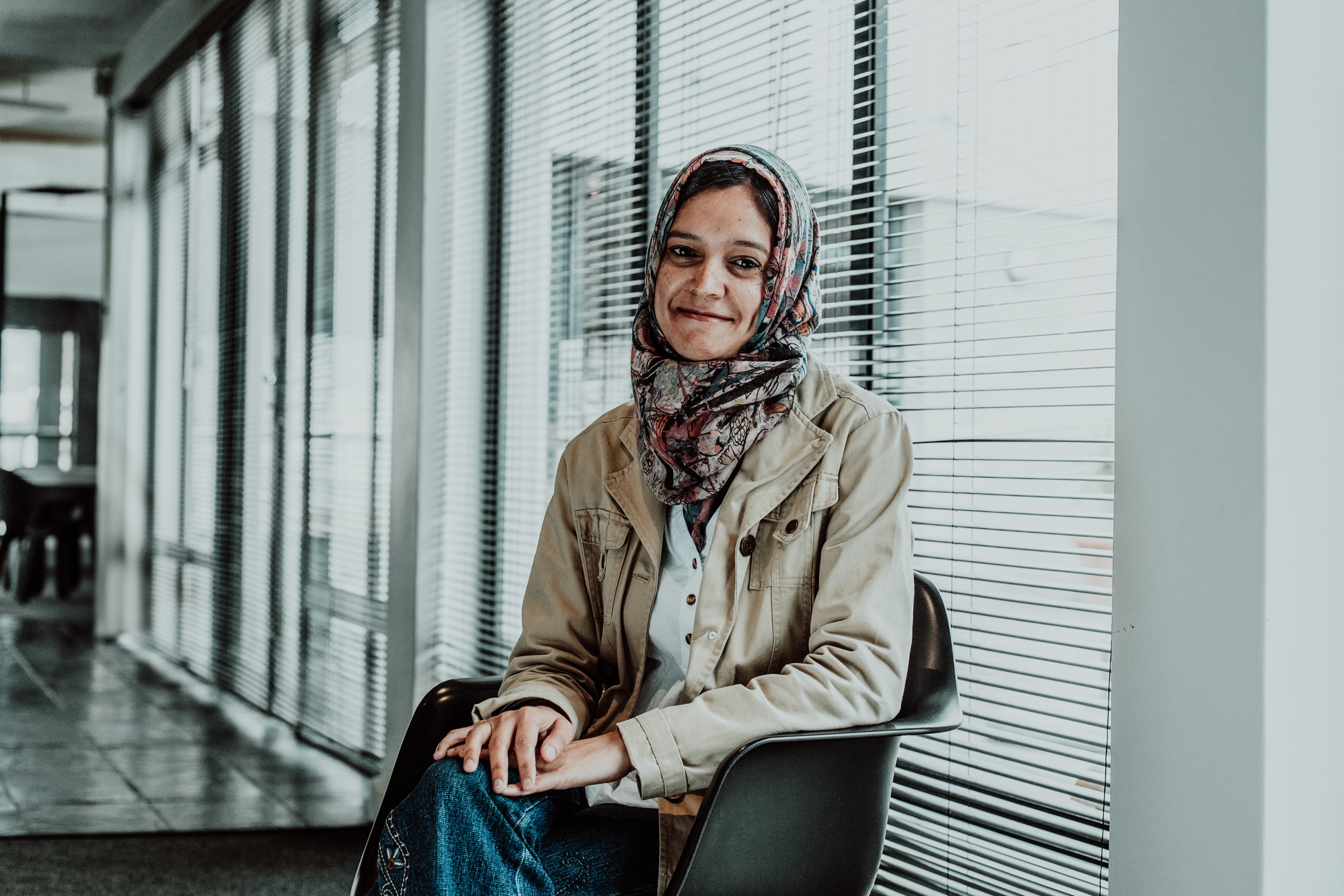 Fahiema joined dhk in 2004 as an architectural technologist and has more than 15 years’ experience in the industry. She has been responsible for the detailing, documentation and coordination on a range of projects including hospitality, retail, residential and commercial buildings. 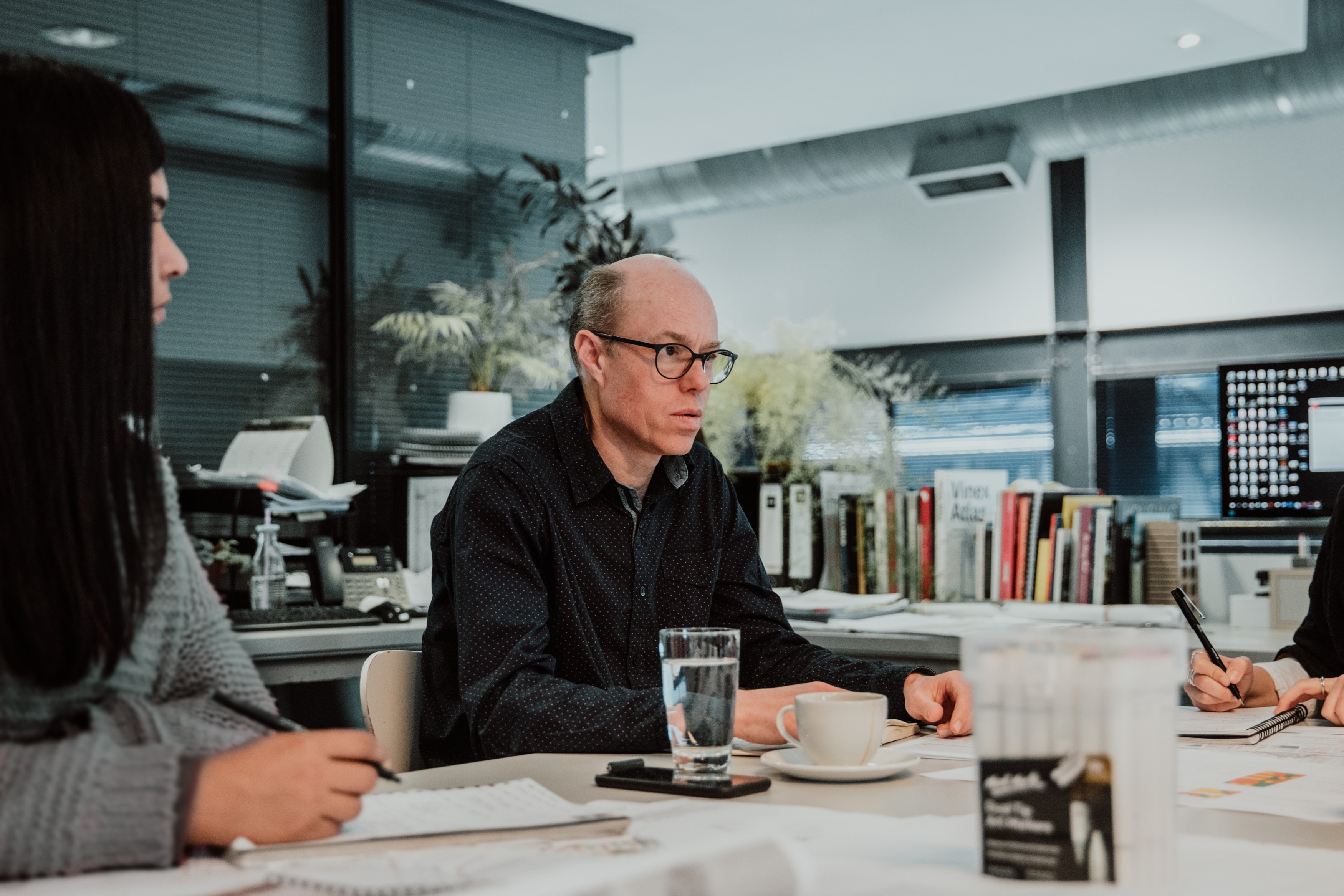 Guy has been head of urban design at dhk since 2012 and is a member of the board of directors. He was previously based in London, where he specialised in urban regeneration, development strategy, and masterplanning. Guy is a member of UDISA and chairperson of its steering committee, as well as the V&A Waterfront Design Review Committee. He is also a member of the Academy of Urbanism and a fellow of the Royal Society of Arts in the UK. He teaches at the University of Cape Town, has been widely published, and regularly gives public presentations on regeneration, urbanism and sustainability. Guy also sits on the dhk design review board. 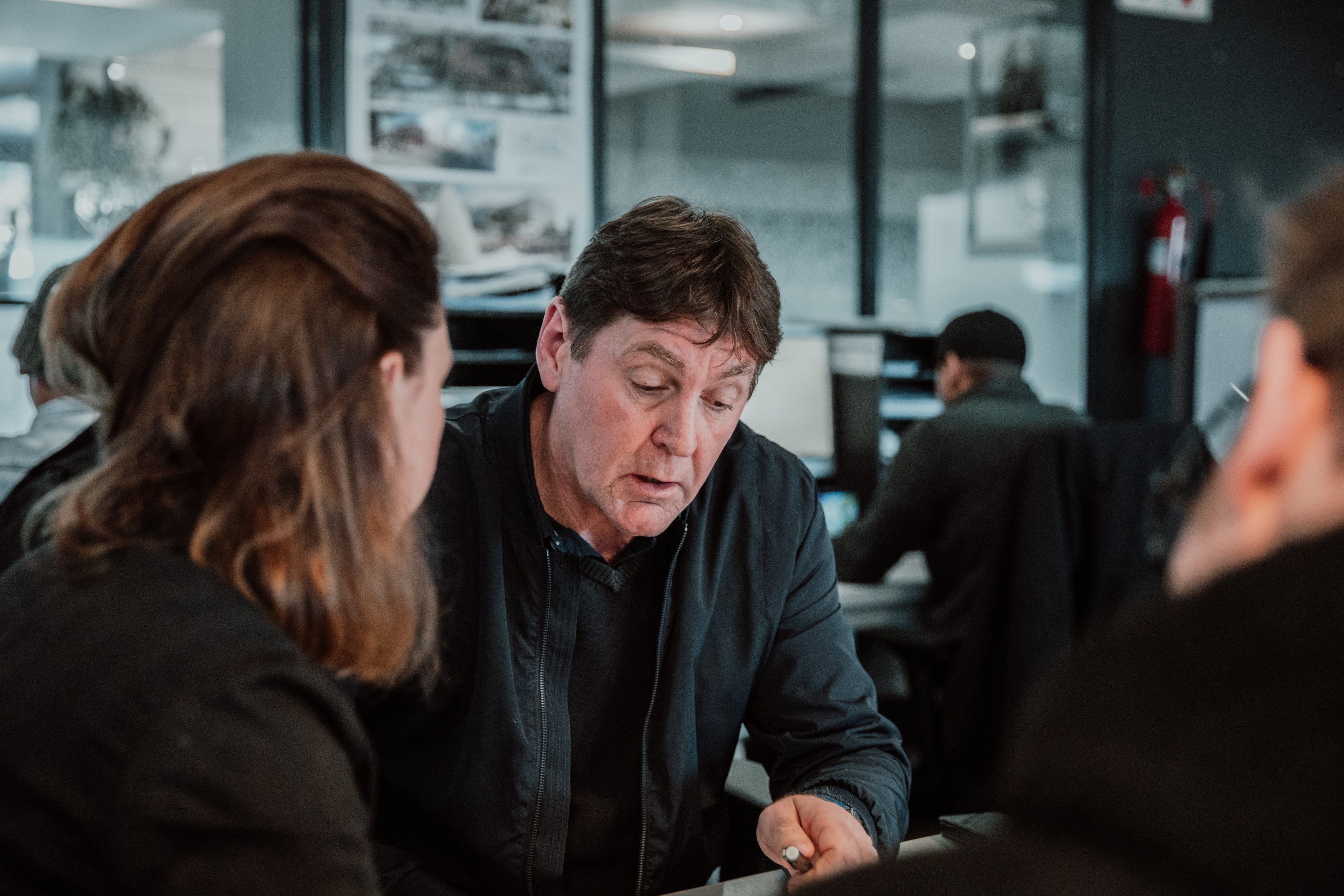 Johan studied architecture at Peninsula University of Technology and has more than 30 years’ experience as agent and project architect. With an extensive portfolio of work in commercial, retail and residential developments Johan has administered a number of projects under the JBCC contract. He has also worked on several private residential projects in a private capacity. Johan joined in 2017 as an associate bringing a wealth of practical experience to the company. 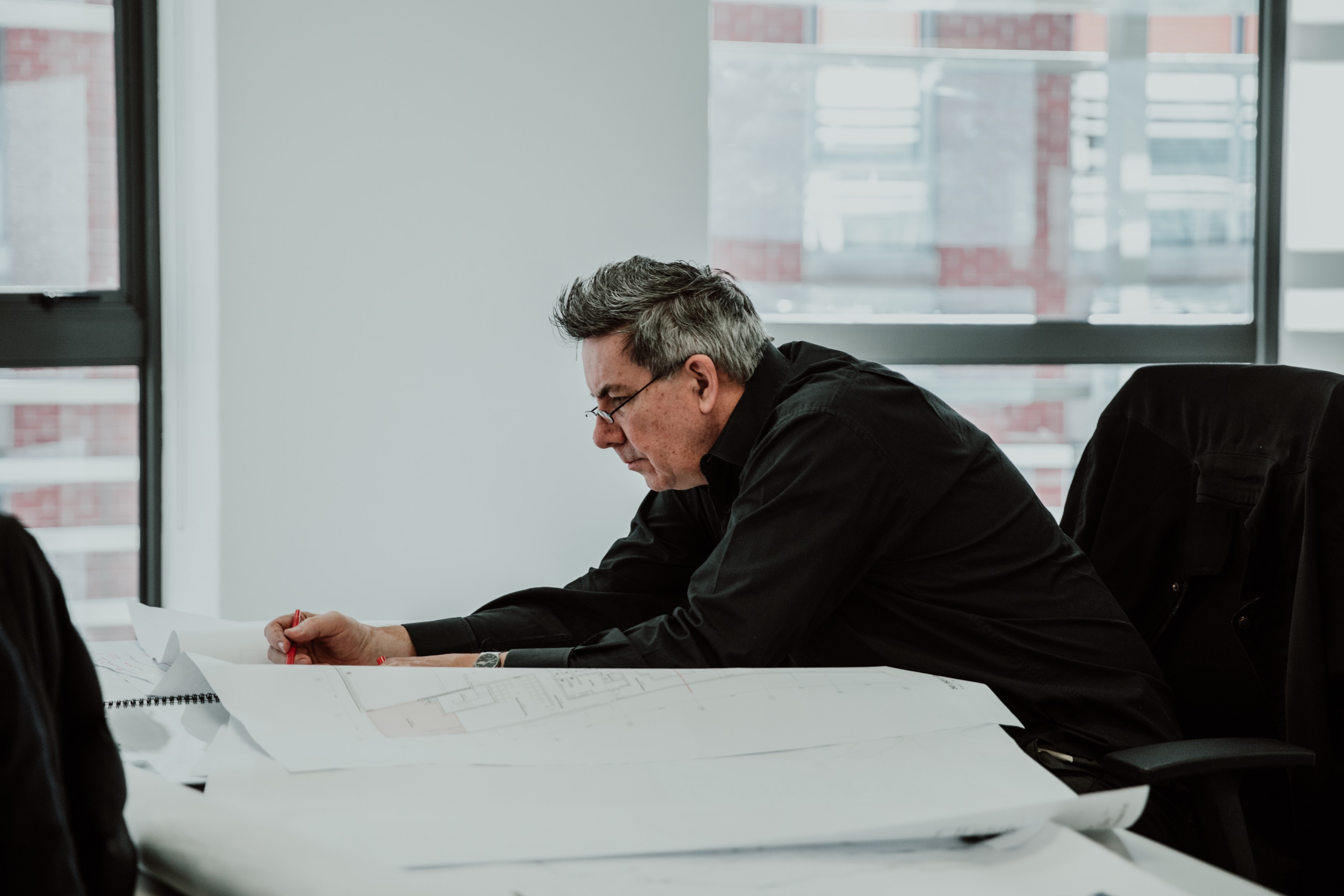 John studied architecture at the University of the Witwatersrand and is a leading figure within the Johannesburg studio. He is responsible for the delivery of large- and small-scale projects including mixed-use and retail developments of significant complexity while maintaining the highest professional and technical standards. John’s experience includes developing projects from inception, commissioning and managing multidisciplinary teams, implementation and delivering on clients’ business objectives. He is also versed in sustainable development and masterplanning related to commercial, leisure and retail projects. 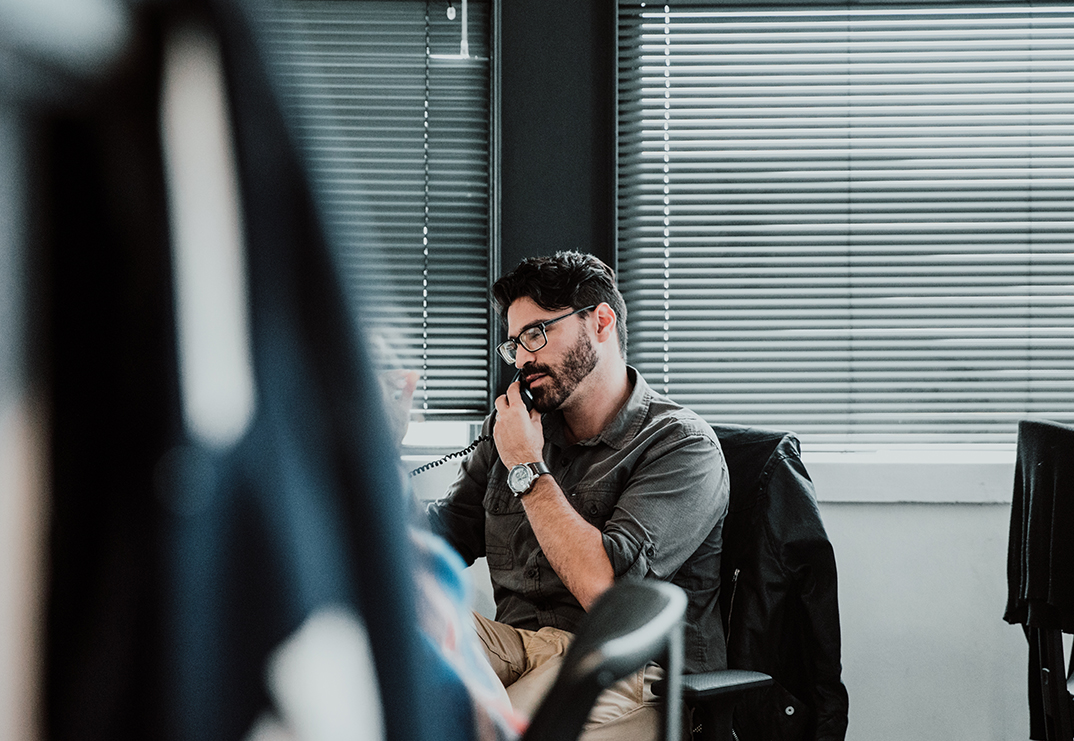 Kevin obtained his degree from the University of the Witwatersrand. Following this, he gained experience working on large-scale mixed-use and residential projects where he developed strong technical and design skills. Kevin’s current architectural area is high-end bespoke projects with a focus on principal agency and project management. He is highly skilled in Revit, Dynamo, AutoCAD as well as the Adobe Creative Suite, and is a registered member of SACAP. 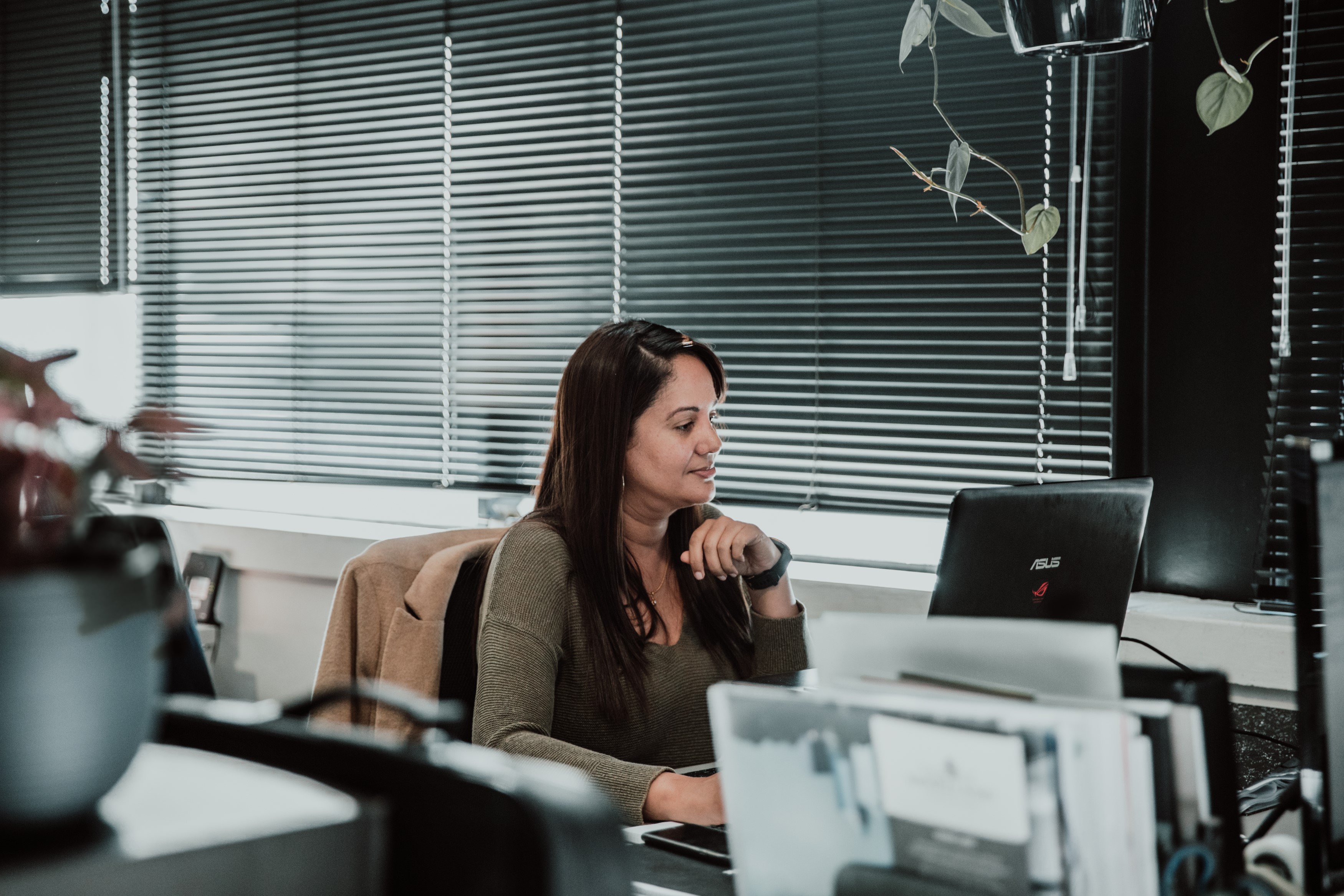 Leigh joined dhk as a partner and member of the board of directors in 2019. She studied architecture at the University of Kwazulu-Natal and is a SACAP registered professional architect. Leigh has over 16 years’ experience in the industry and has worked for several prominent firms throughout her career. Before joining dhk, Leigh established her practice Leigh Bishop Architects in Durban and from 2009 to 2018 she managed projects from inception to completion in the healthcare, high-end residential and commercial sectors. Leigh has an immense enthusiasm for architecture, providing considered design solutions with speed and efficiency. 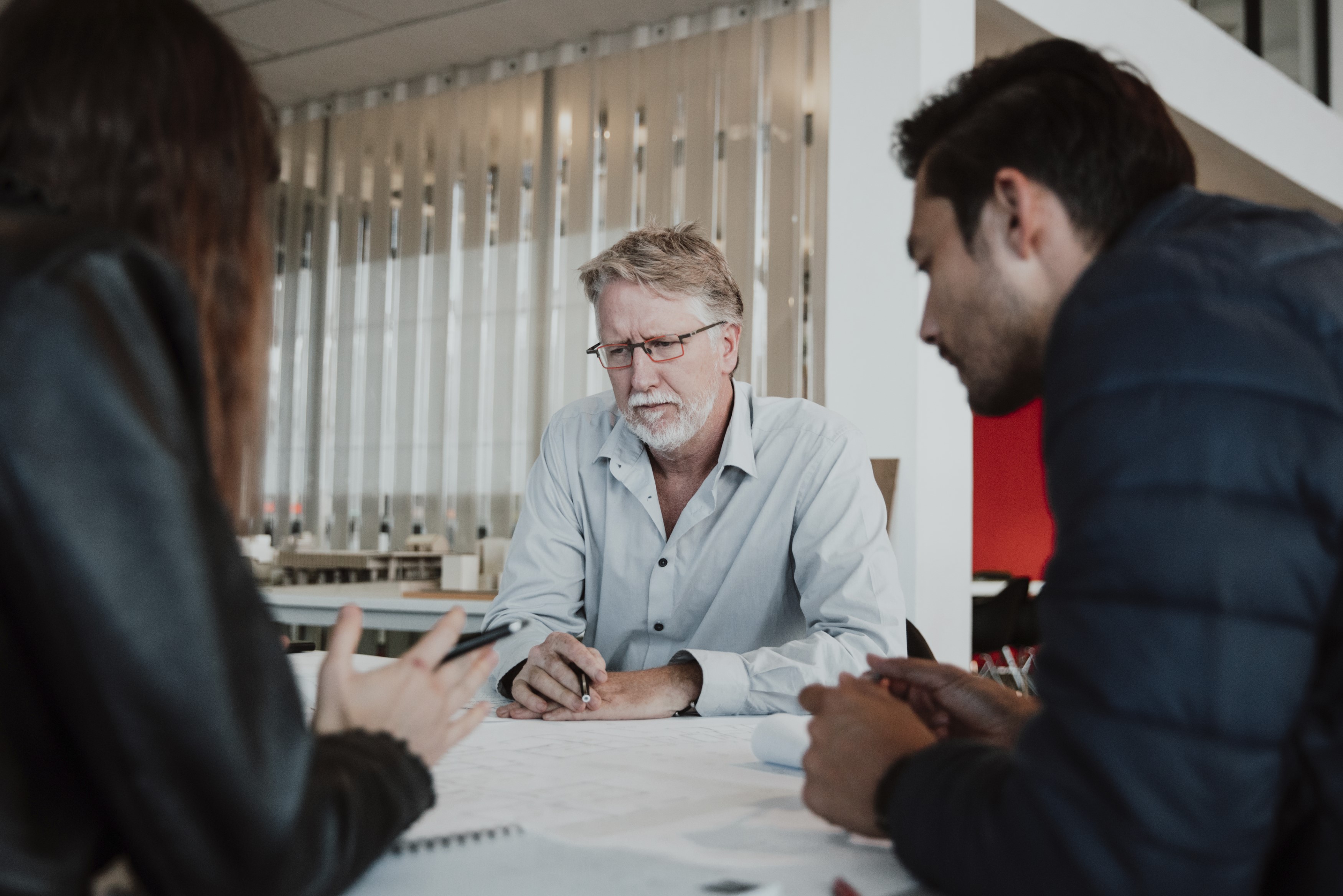 Martin studied architecture at the University of Cape Town before reading an MPhil in Environmental Design in Architecture and completing his RIBA Part 3 at the University of Cambridge. Martin is a senior associate at and has worked on a range of projects within the studio including Battery Park, Old Cape Quarter and 32 Napier Street. His primary focus for the future is on achieving architectural solutions. Martin has been involved in a number of award-winning projects, both locally and internationally, and is a member of SACAP, SAIA, CIA, ARB RIBA. 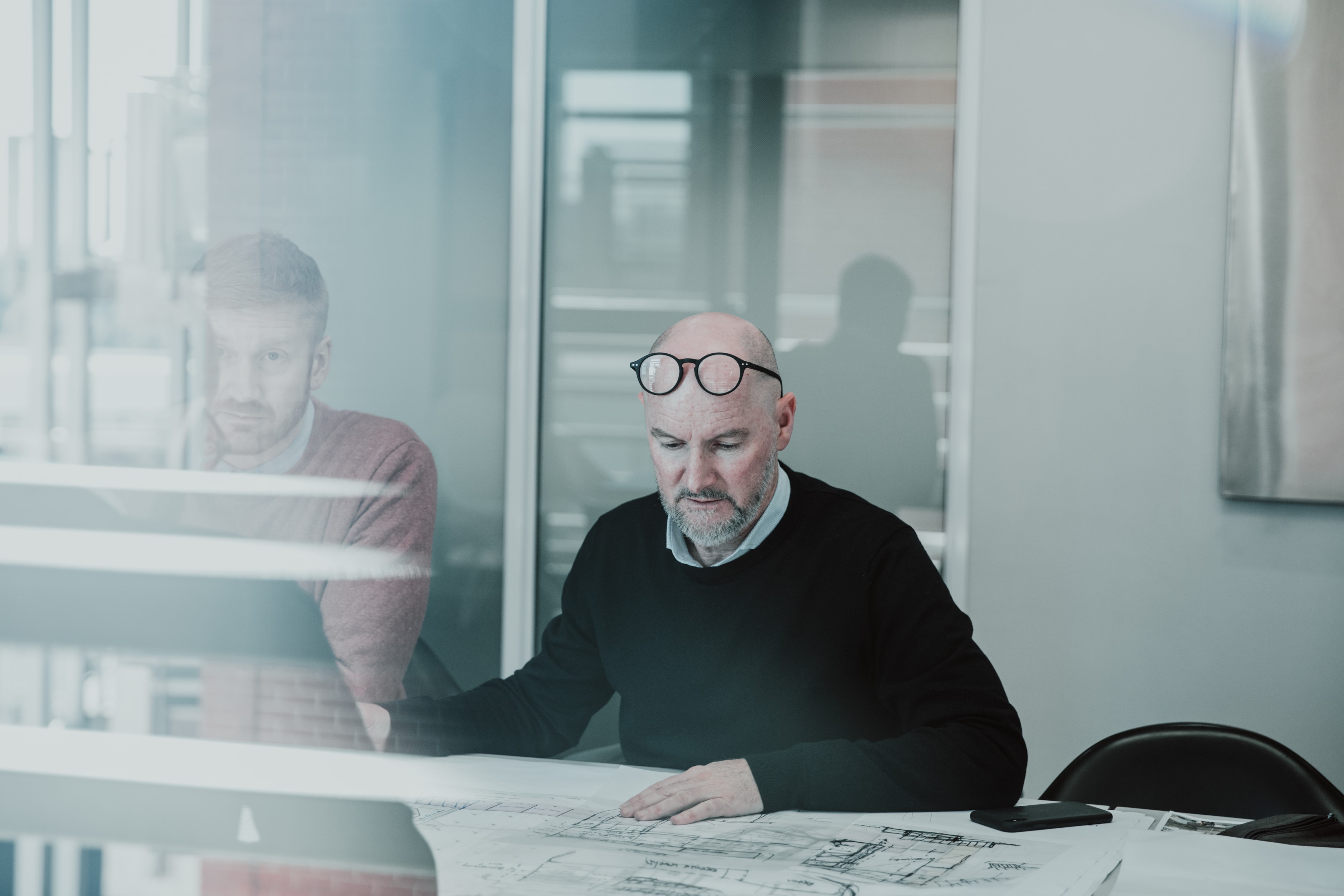 Peter studied architecture at the University of Cape Town and was a principal design partner at KCvR Architects before co-founding dhk in 1998. He leads the Johannesburg studio and travels between there and Cape Town. Together with Derick Henstra, he leads the design review board overseeing the design development of the studio’s projects. Peter brings his experience in conceptual design and masterplanning through to detailed design development to dhk’s projects across the board. He has been active in many significant urban renewal and projects in South Africa and abroad, and represents dhk’s projects in Italy. 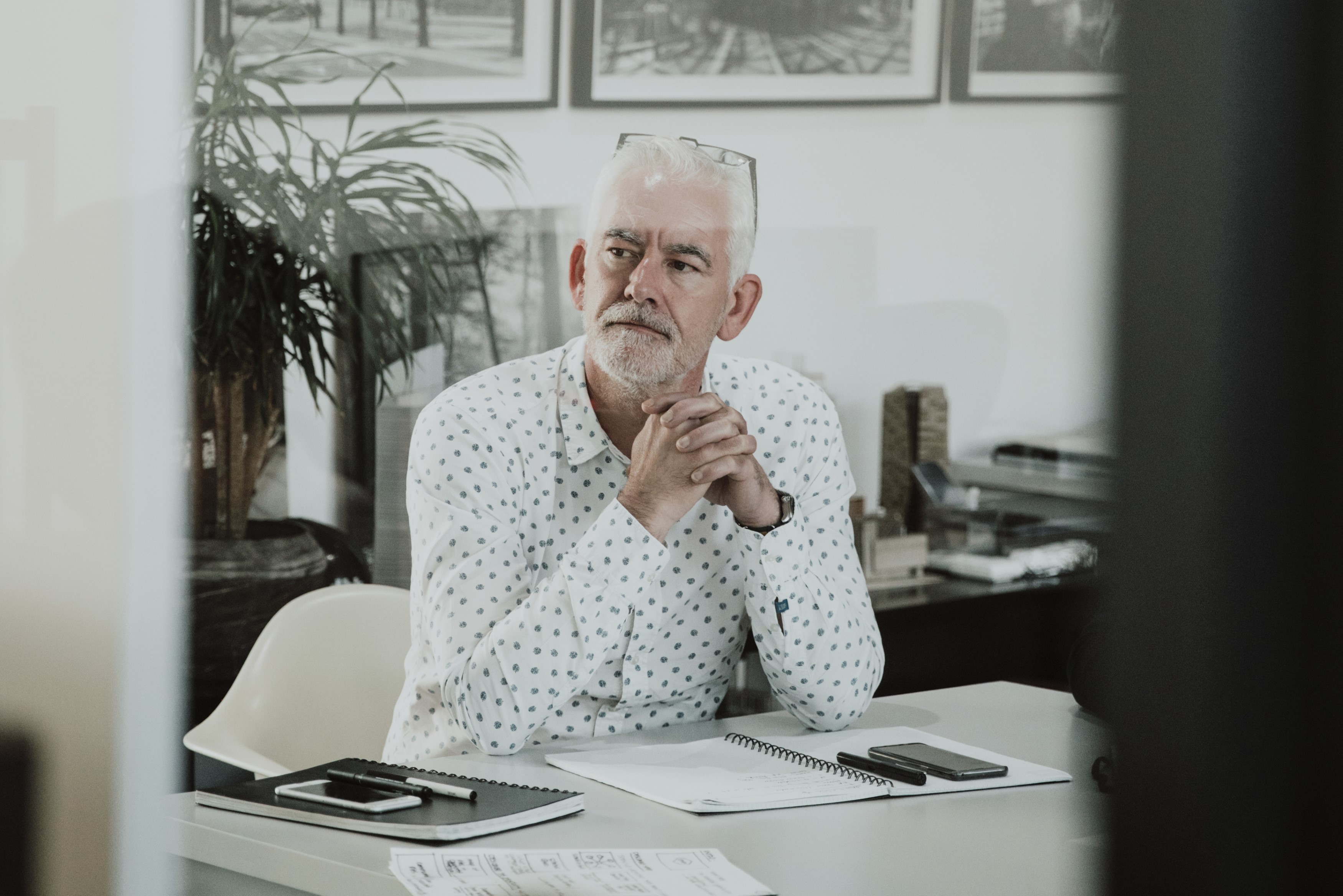 Peter graduated from the Canterbury School of and gained experience working in the UK, Germany South Africa. He joined in 2008 to expand the company’s input in the areas of sustainable architecture, masterplanning, urban design and delivery of sustainable developments. At , he has full responsibility for delivering projects and maintaining the highest professional and technical standards across all stages of the project development process and leads a team working on projects throughout South Africa. 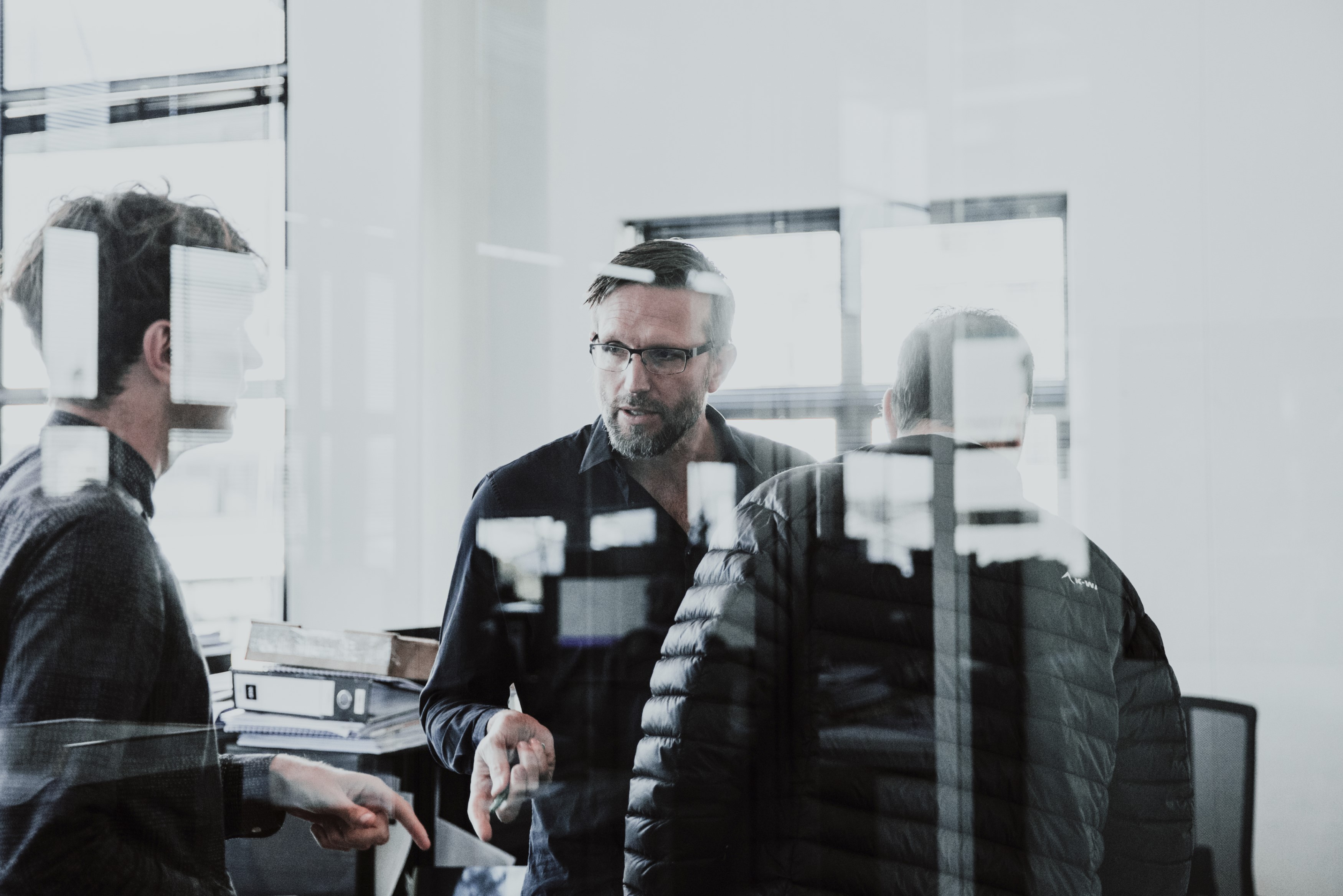 Pierre studied architecture at the University of Cape Town, as well as the University College London, UK. Prior to joining in 2008, he worked for several highly respected architectural firms in London. He has extensive involvement in the design and implementation of projects at a wide range of scales and complexities, including residential developments, commercial office buildings, hotels, public buildings, and public spaces as well as masterplanning. He is familiar with all aspects of sustainable development from the design of individual buildings to larger scale developments. 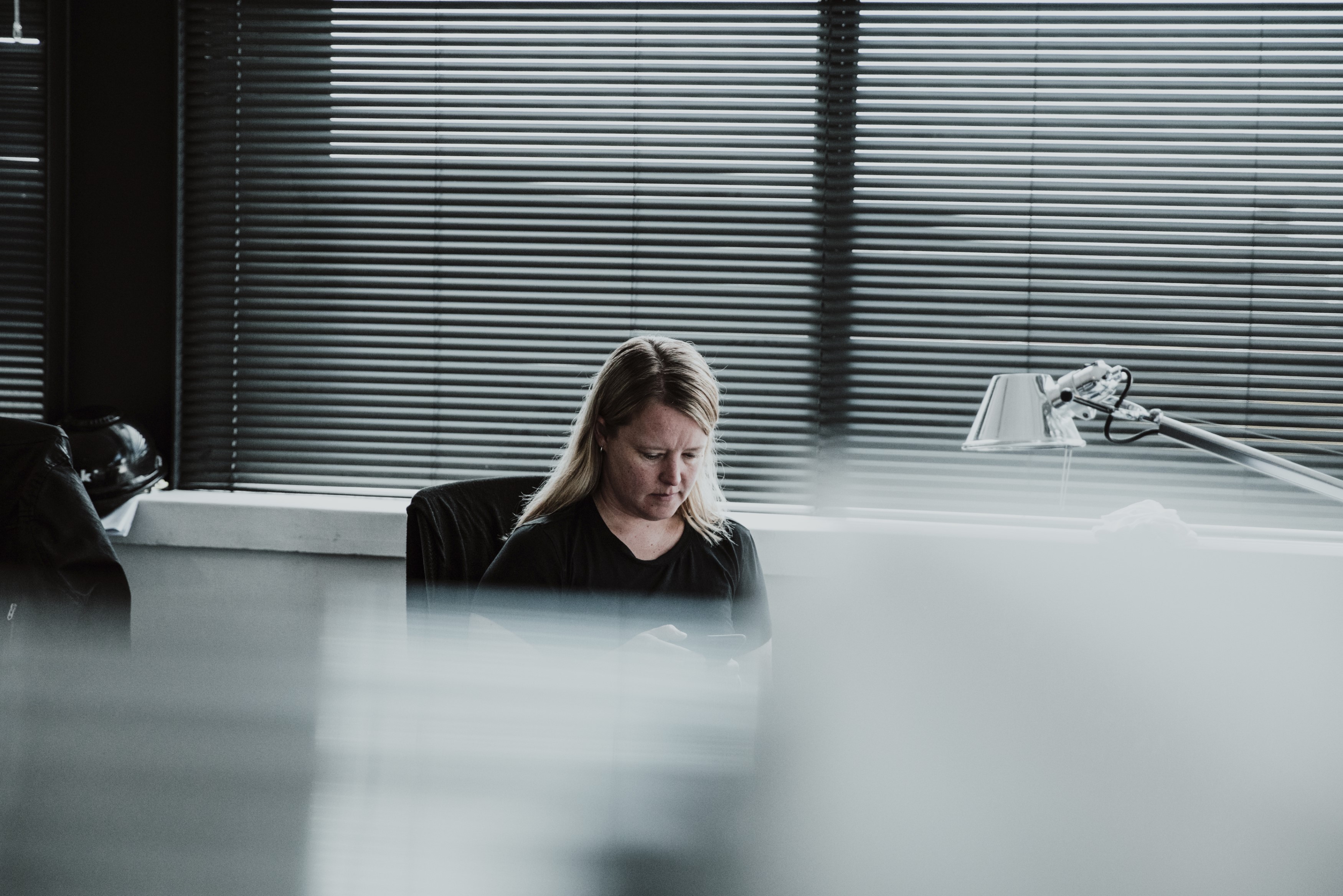 Renske obtained her architectural degree from the University of Cape Town and has worked in South Africa, the UK and the Netherlands where she also gained experience in urban design. She joined dhk in 2006 and was appointed as a partner in 2009. In 2014, Renske joined the board of directors and took on the role of managing director. She has experience in a range of projects at varying scales and complexities, from spatial development frameworks and masterplanning to individual buildings, public spaces and landscapes. She currently leads a team working on several private residences, boutique hotels and galleries. Renske also sits on the dhk design review board. 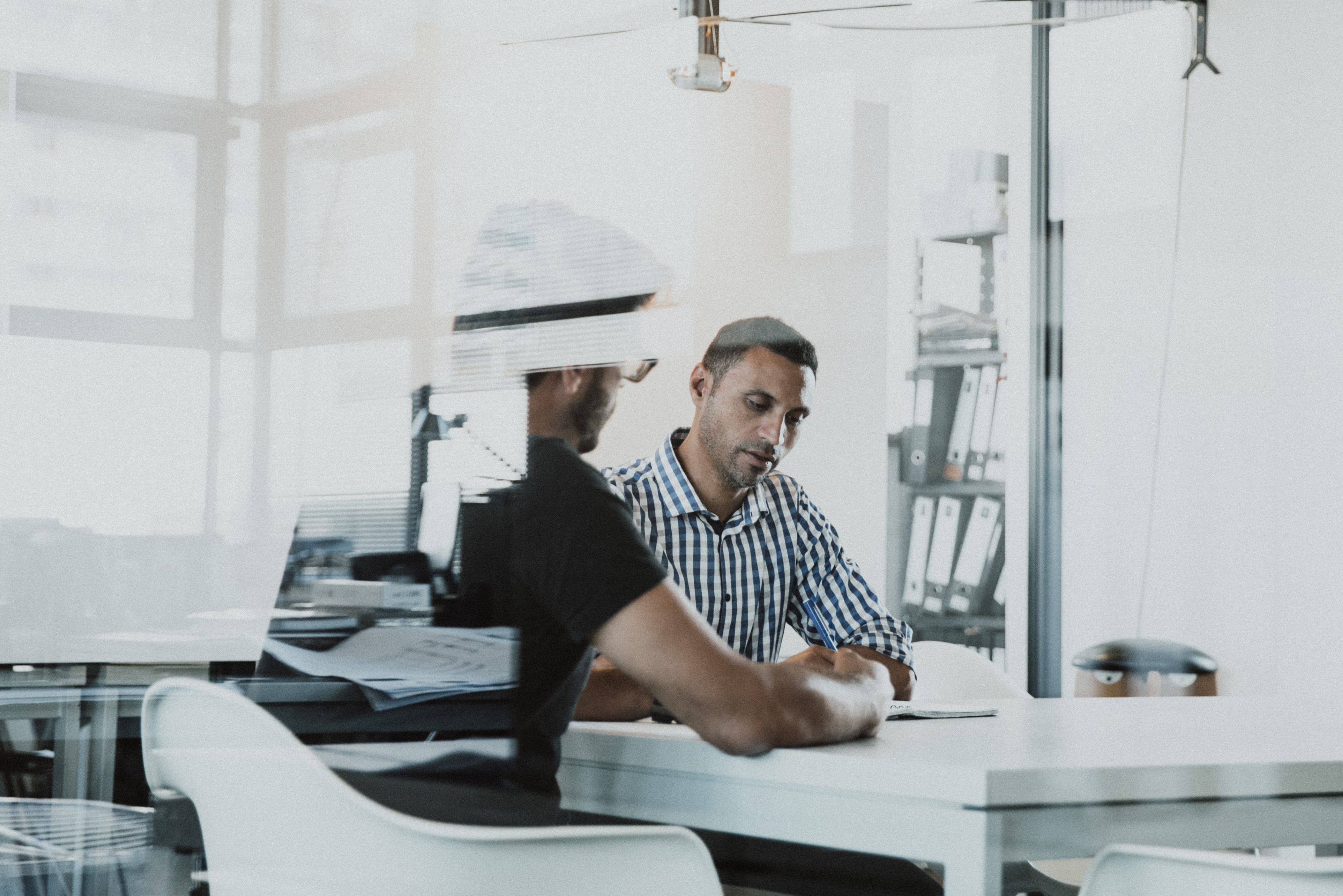 Rezah studied architecture at Peninsula University of Technology and has also completed a heritage resource management course at the University of Cape Town. He joined in 2012 and has more than 11 years’ experience in commercial and residential sectors with a focus on design development, detailing and coordination. 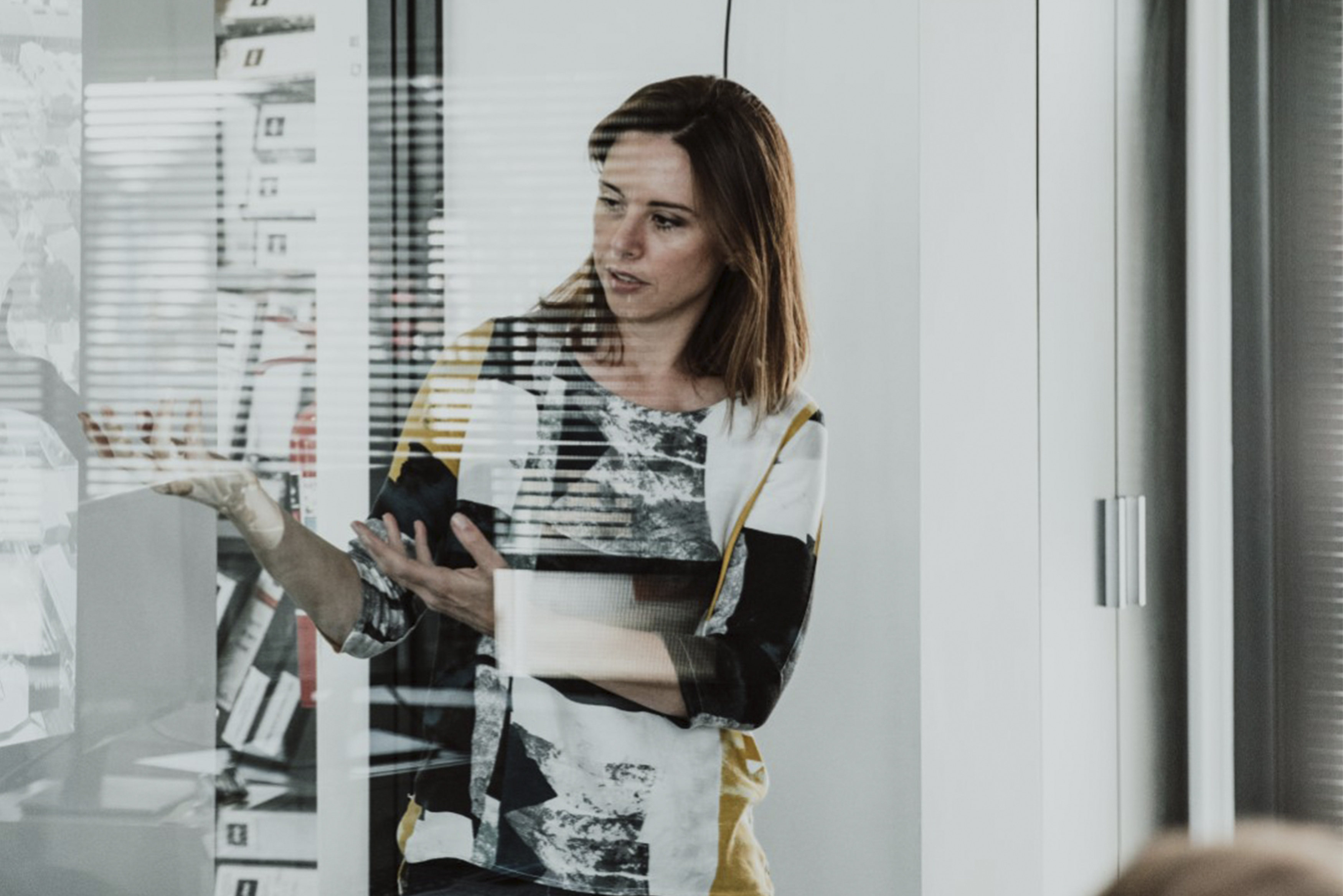 Sarah is a Cape Town-based architect and urban designer who has spent the last 13 years working on design and architectural projects in both the public and private sectors. She is a senior associate at working within the urban design team.

Sarah is interested in the continuing debate on how to make urban environments more equitable and inclusive through the adaptation and refinement of both public and privately-owned spaces. More recently she has focused her energy on the education sector, particularly the spatial implications in designing for shifting pedagogies and the digital teaching environment. 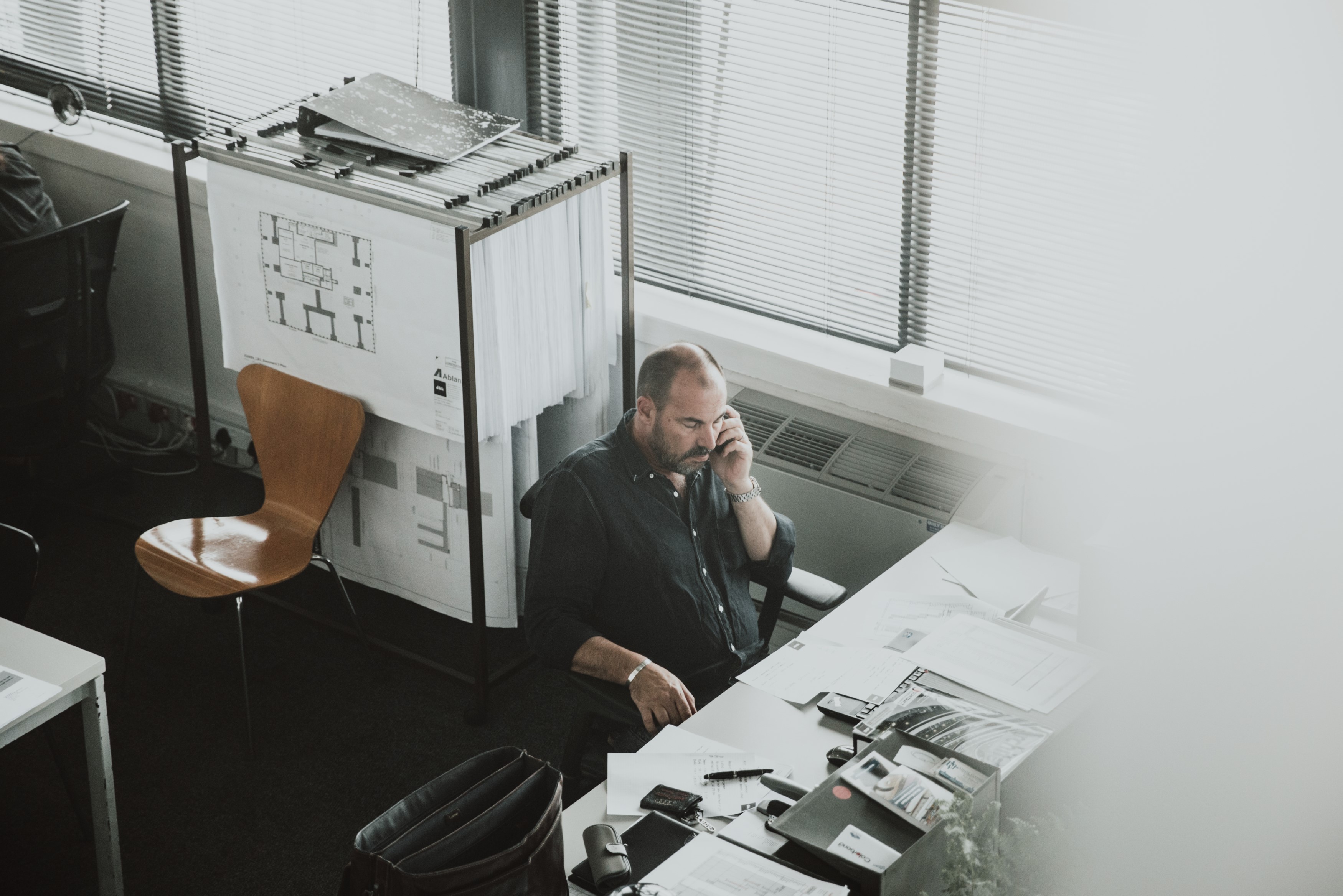 Steve studied architectural technology at the Peninsula University of Technology. He joined in 2004 following 14 years’ of experience in the industry. Steve is the head of technical design of the architectural studio, and leads one of teams of architects, working on several large projects both locally and abroad. He has a proven track record in the successful documentation, implementation delivery of medium- and large-scale projects in the commercial, retail, residential and hospitality sectors, and maintains the highest professional and technical standards across all stages of the project development process. 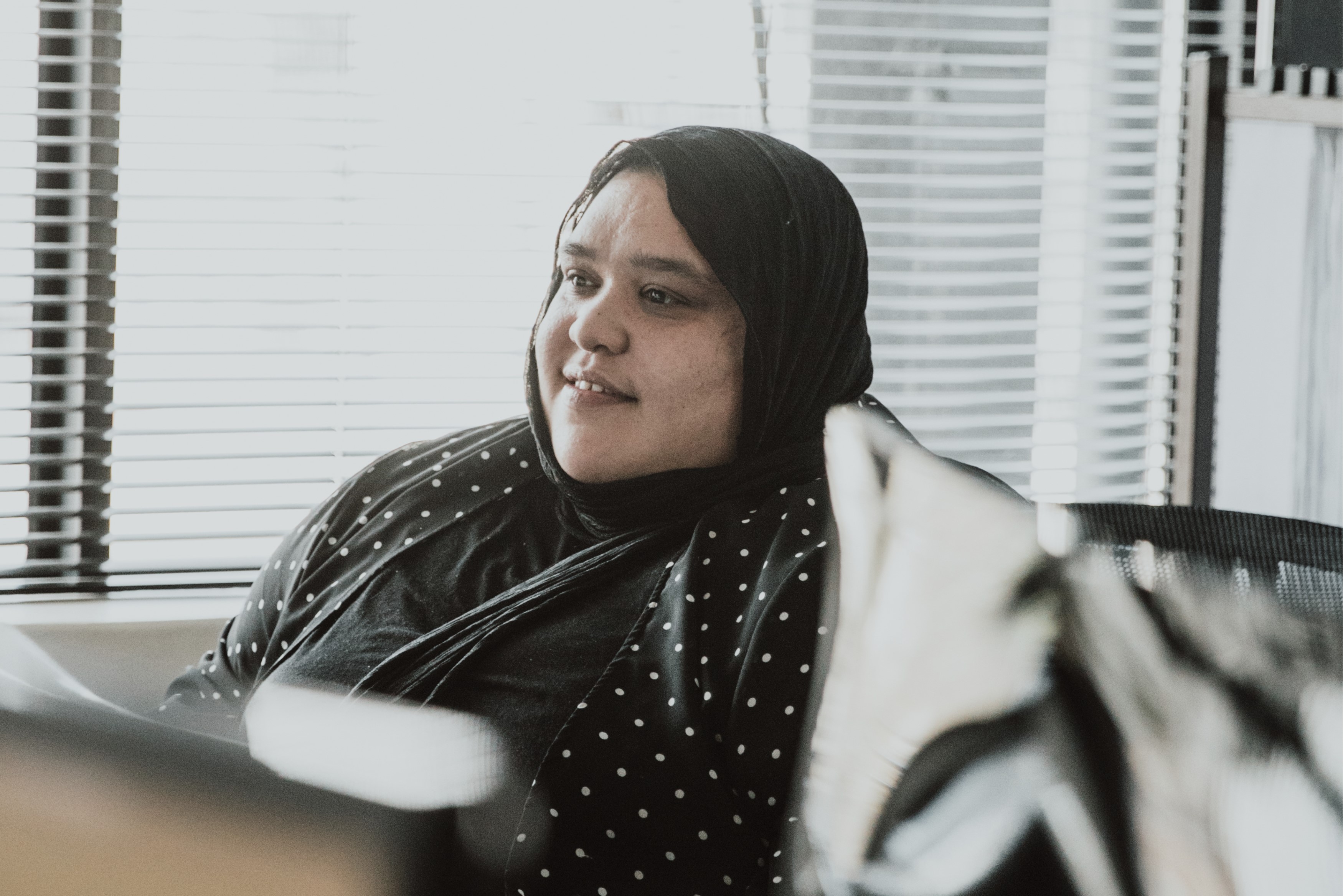 Wardah studied her architectural degree at the Cape Peninsula University of Technology and has also completed post-graduate courses in Construction and Human Resources Management. She joined dhk in 2006 and has since been involved in a wide range of construction and building typologies across all stages of the architectural process. Wardah is extremely passionate about learnerships, heading dhk’s mentorship portfolio which offers guidance and support to interns, as well as, bursary students throughout their tertiary education and early careers. Furthermore, Wardah is involved in business development which aims to optimise organisational efficiency and is also a member of the dhk staff forum.