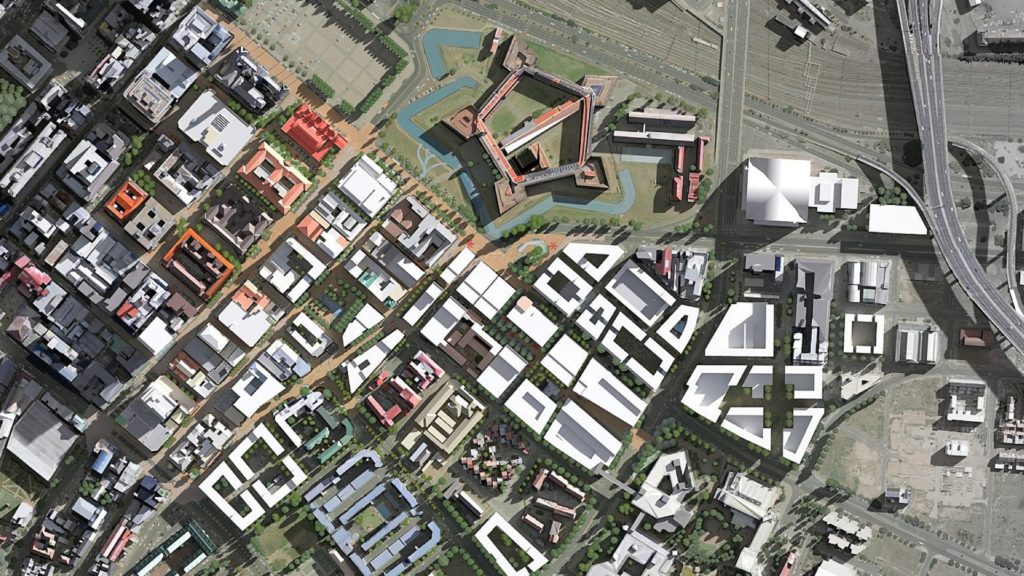 The Fringe District lies on end of the Cape Town CBD and the historical area of District Six. District Six was previously subject to forced removals by the Apartheid government, but due to local and international pressure, very little development ever took place on this land and District Six remained largely derelict.

An urban design framework was established to create an interface between the existing District Six and the city, called The Fringe. The framework established the vision and character for The Fringe, identified objectives and principles, and set out the spatial parameters for future development in the area, including strategies for the public realm, built form, and movement and connectivity. It also defined a number of projects that would encourage emerging and future creative uses.

The urban design framework draft was completed in May 2012.