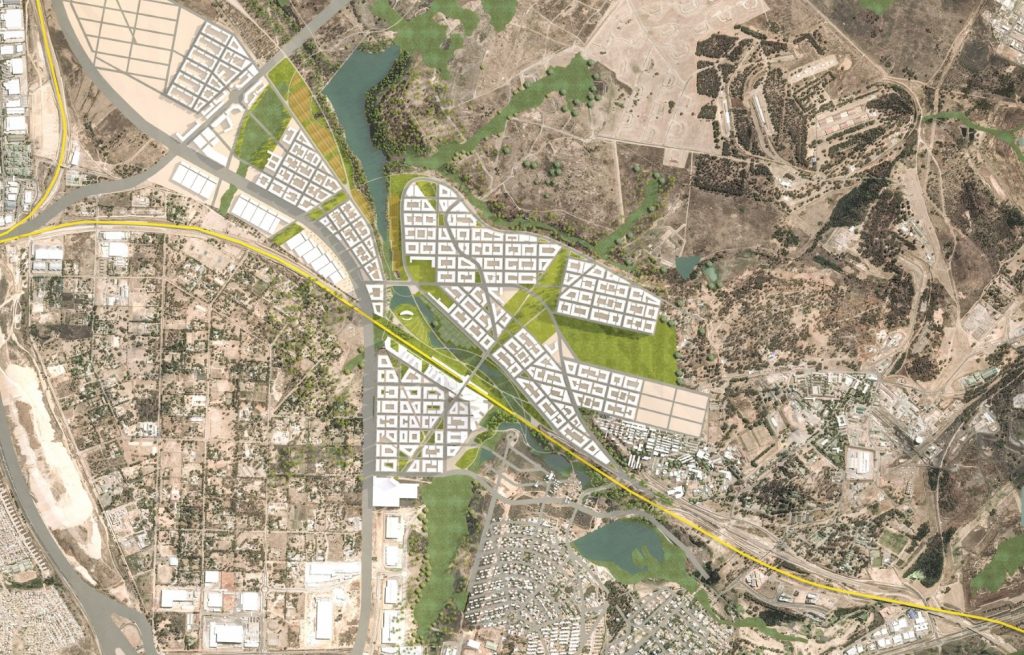 Modderfontein on the eastern side of Johannesburg is the only substantial area in Johannesburg to have remained undeveloped, having served for many years as an exclusion zone around the AECI explosives factory. With advances in manufacturing technology, most of the area is no longer required and has been released for development.

Taking the bold and visionary ideas embodied in the previous work by MVRDV and Chinese urban designers PHD, dhk developed a precinct plan that was suited the South African development context and would be deliverable. The plans therefore started with an analysis of existing spatial, environmental, planning and development conditions, as well as research into Johannesburg’s historic development patterns. The area has been redefined as a series of four distinct neighbourhood precincts, each with its own character and components. Developed on an underlying street grid that is orientated for the specific climate of the area, relates to its topography, and makes reference to historic Johannesburg development patterns the new precinct plans have been adopted and are informing future development on the site.