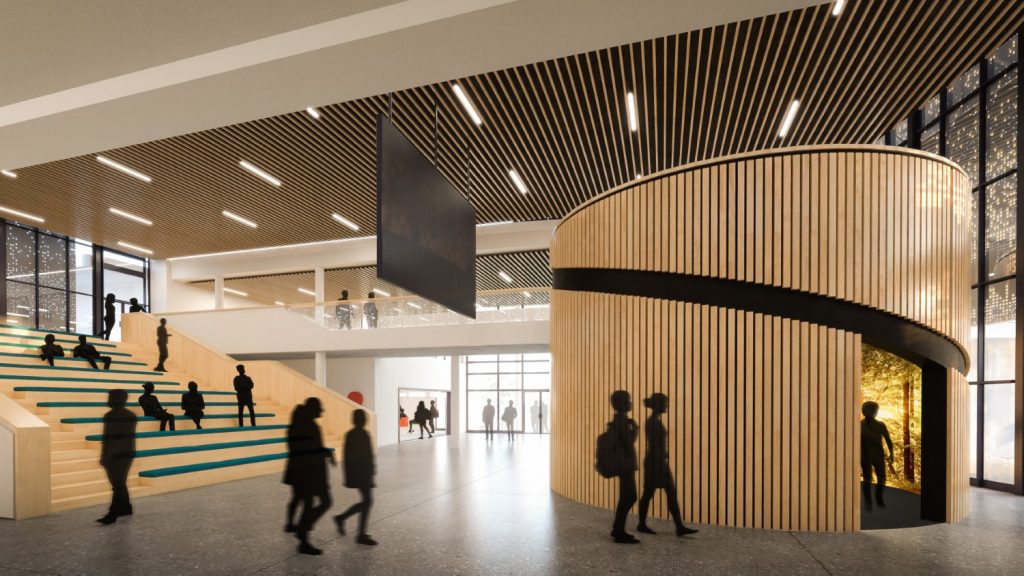 Parklands College is expanding its campus to include a new learning and innovation centre.

A series of teaching venues have been created to suit different learning methods. Three large “collaboration rooms” accommodate up to 90 learners but can also be adapted to become two to three smaller learning spaces. Two large workshop-style rooms have been designed to accommodate activities like robotics and an innovation lab for building and crafting. Additionally, a large indoor recreational area can be used for informal gathering, self- study and includes an AV room for immersive digital experiences. Eleven general classrooms and a series of break-away spaces have also been included.

The centre comprises a series of adaptable rooms that have been arranged around a central hub – a double-volume glazed atrium shrouded in a perforated aluminum screen – with courtyards on either side. The three large single-storey “collaboration rooms” have been placed alongside the existing school quad with breakaway rooms lining the northern flanks. The general classrooms and two specialist workshops comprise a longer wing which bends north.