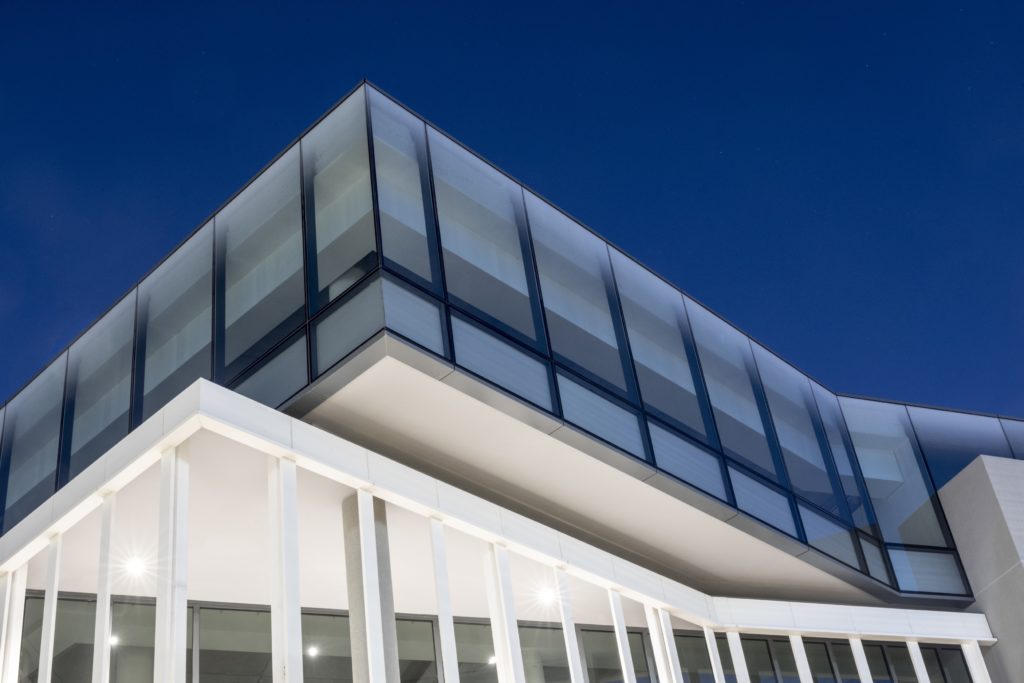 Sable Park is a commercial development comprising two buildings – one of 8 000m² and another of 8 300m² – and sits at a prominent entry point into Century City forming an iconic front face for the suburb. Situated at the southern edge of the blossoming Bridgeways Precinct, it boasts unobstructed panoramic views of Table Mountain.

Originally dubbed the ‘macro-chip shuffle’, the buildings’ composition was inspired by shuffling forms that operate independently and adapt to their immediate surroundings. The development was intentionally designed to appear as a single large complex and simultaneously as four small independent volumes depending on where it is viewed from. The four volumes are further broken down into thirds – a double height layered mass and a single height crystalline cube. Each of these thirds shift and jump on the horizontal and vertical plain to achieve maximum views and optimal orientation. A large part of the buildings’ concept was manifested in its structure – creating distinct floating boxes that veer off and cantilever beyond one another.