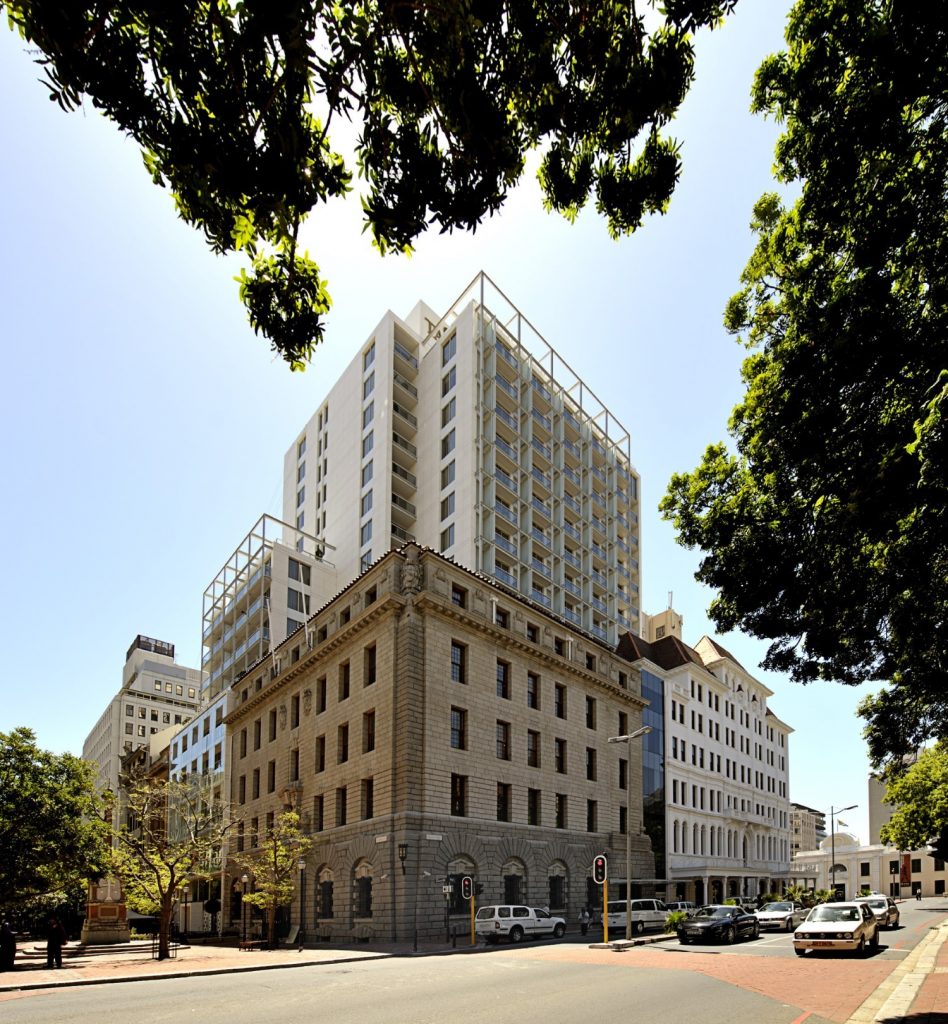 The Taj Palace Hotel in Cape Town was the first luxury hotel to be opened by the Taj Group in South Africa. The project consisted of partial demolition, refurbishment and extensive preservation of two important historic buildings, the Old Reserve Bank building and the Temple Chambers building, plus contemporary infill and additions. The challenge was to celebrate the old and the new equally, by creating a synthesis between the historic fabric and the contemporary interventions on the site.

As much as possible of the two historic buildings were retained and carefully restored in order to house the grand public spaces of the hotel. Contemporary interventions and additions take the form of an infill building on St George’s Mall and a new tower that rises out of the centre of the city block, which will house the back of house spaces and 167 hotel rooms. A skeletal steel grid which covers part of the tower facade creates dynamic contrast with the historical aesthetic of the existing buildings.